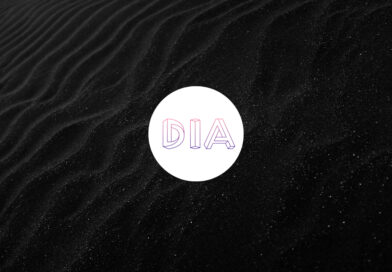 DIAdata (DIA) describes itself as a project that provides “transparent oracles for a decentralized finance economy”. But what does this mean? To understand that we must first understand what an oracle actually is.

One drawback of current blockchain technology is its inability to access off chain data in a trustless manner. If you rely on ‘non-trustless’ data from some centralized data provider it creates a centralized point of failure in your contract. If the data provider acts maliciously and provides bad data the consequences can be catastrophic.

This is where oracles step in. They allow us to get access to off-chain data in a trustless and decentralized. Without oracles it is hard to see a future where decentralized finance is in actuality decentralized. They put the ‘De’ in ‘DeFi’.

But the competition among oracle projects is heating up. There is already some big players in the oracle realm such as Chainlink, Band Protocol, Tellor, among others. So can DIAdata compete?

The DIAdata Team and Investors

There are 4 founders of DIAdata who come from a variety of backgrounds. Micheal Weber, Samuel Brack, Paul Claudius, and Carl Bruns.

Micheal Weber is President of DIAdata. Beginning his career as a data analyst he went on to work at various investment banks. In 2014 he also founded Bonsum & Goodcoin a blockchain powered loyalty solution. He is also the Co-Founder of bitEasy.

Sameul Brack is Technical Lead. Samuel is an expert in cryptocurrency and cybersecurity. He is currently pursuing his PhD in computer science along side working on DIAdata.

Paul Claudius is Lead Advocate. Paul started out his career with BNP Paribas and then AXA private equity. Paul has previously advised start ups in a variety of sectors such as health, tech, IOT, and e-commerce.

Carl Bruns is Communication Lead for DIAdata. Previosly working and advising several ventures in multiple industries. Before DIA he ran his own online marketing and PR agency.

The full team can be seen below.

DIAdata is also backed by some noteworthy investors. TRG Capital being one who also backed cryptocurrency projects such as Polkadot, KAVA, and Zilliqa, among others.

Now that we have a basic understanding of why we need oracles and how they allow us to get access to offchain data in a trustless we can into more depth on how DIAdata works.

The process behind DIAdata is explained concisely in their medium post.

Step 1 – Data Request: The first step in the process begins when a stakeholder publicly submits a data request that has not already been published on the DIA platform. For example if I want the price of Bitcoin for my smart contract I submit a data request to the DIAdata network. Along side my request I include my DIA tokens as a bounty to incentivize network users to fulfill my data request.

Bounties for finding errors, manipulation attempts, and security flaws are paid out by the DIAdata association

Step 4 – Data Storage: Data that has been validated by the network is then stored in an open-source data base stored on the DIA platform.

Step 5 – Usage: Once the data has gone through all the steps listed data through oracles and APIs can be accessed free of charge. DIA tokens however are charged for accessing live prices or specific APIs

The Value of the DIA Token

Value is derived from the DIA token in a variety of ways. One of the major ways we have already discussed is that the token is used to make data requests. Developers who need data need first to hold DIA. However there are multiple other ways in which the DIA token gets its value.

Governance Issues – Holders of DIA tokens can vote on big issues that relate to the DIA association.

The Use Case for DIAdata

The use case for DIAdata is similar to that of any other oracle project. Most of these use cases are built around products and technologies adjacent to decentralized finance. Everything from exchanges, lending, trading, insurance, derivatives, prediction markets, the list goes on and on.

The past few months have seen a huge increase in demand and interest in DeFi. Among many variables the one that may have the greatest impact on the success of DIAdata is the continued uptake of DeFi products.

Currently DIAdata is being traded on a variety of exchanges both centralized and decentralized. However the two most liquid and reputable exchanges are OKex, and BitMAX. If you buy 100$ of DIA on your first OKex purchase you will earn 10$ of Bitcoin for free.