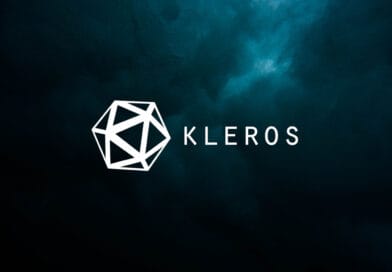 Kleros is a platform that’s attempting to bring courts to the realm of blockchain. Yes, you did read that correctly courts to the blockchain. Where there are jurors, plaintiffs, and defendants. With real value at stake.

Your first thought upon hearing that might be slight bemusement. However, Kleros has some very interesting ideas and incentives structures to try and make decentralized justice work.

The Kleros Team and Backers

The founders behind the Kleros project are Federico Ast and Clément Lesaege.

Federico Ast is CEO of Kleros. Holding a PhD in management he specializes in blockchain, fintech, and now legaltech most notably with Kleros.

Clément Lesaege is the current CTO of Kleros. Being a computer scientist he become interested in using blockchain to enforce dispute resolution. When Ethereum launched he realized that might just be possible.

Among the two founders there is also a solid team of researchers, advisors, developers, and ambassadors backing the project. They can be seen below.

Just this year Kleros was the winner of the European Commissions Blockchains for Social Good Prize. In January they also received a grant from investment bank BPI France.

Kleros is currently being traded on a variety of platforms. Both centralized and decentralized. Some of these lack liquidity and reputation so we currently recommend OKex. If you buy 100$ of PNK on your first purchase you will earn 10$ of Bitcoin for free.

If you have ever bought anything from a freelancer or even just a product online you will understand the headache that can sometimes occur if there is a dispute.

Kleros takes the headache out of this with a simple 3 step process:

With Kleros this is not the case. Instead of handing your money over to the supplier. Your money is sent to a securely locked smart contract.

Step 2 – Once your money has been locked into the smart contract the seller or supplier begins work. Once work has been completed the seller submits the product to the buyer.

If the buyer is happy with the work the money is taken out of the smart contract and sent to the supplier and that is the end of the transaction.

However, if there is a dispute that’s where Kleros steps in.

Step 3 – If there is a dispute initiated the transaction goes to the consideration of the jurors on the Kleros network. Jurors selected randomly by the Kleros protocol are then given time to consider evidence from both sides. Once they reach a decision the funds are either refunded to the buyer or sent to the seller. The transaction is then complete.

After reading the above you may be able to point out some major flaws in the process. However, Kleros uses economic incentives to solve these problems.

How do You Become a Kleros Juror?

To become a Kleros juror you must first hold some PNK tokens. Once you do you will want to go to the Kleros Dapp, select a court to join, and then stake your PNK.

Once your PNK has been staked within a specific court when a dispute arises you will be included in the jury pool who may be randomly selected.

The courtrooms are based on a variety of specializations. Currently there are 6 categories. The advantage of this is that the jurors have specialization or technical knowledge in the court they wish to become a jury member. For example if you are fluent in English you can join the court for ‘English Language’. Or, if you expertise in video production you can sign up for the video production court.

Why Become a Kleros Juror?

Nobody is going to give up their time for free. Thats why Kleros offers economic incentives for being a juror. By being a juror you can earn ETH as as a reward.

If you are a juror on a case and our asked to make a decision. If you vote with the majority you earn ETH. While if you vote in the minority or on the losing side you lose a partial amount of your PNT. This creates an economic incentive where people are both encouraged to become jurors and vote correctly so they can earn rewards.

The amount of rewards you receive is based on the courts you are staked in. Typically the higher the expertise required the higher the stake amount. Courts like Blockchain Technical have rewards of up to 0.89ETH while English language is only 0.1ETH.

Can Kleros be Attacked?

Like most networks Kleros can be attacked. However, that does not mean that it will be. One of major attacks that Kleros could face is a sybil attack. This is where the reputation of the network is attacked by creating multiple identities

In Kleros’s case this would mean staking multiple ETH wallets with PNK in them and then using this PNK to manipulate jury decisions undermining the project. However, if you were to carry out this attack you would destroy the value of tokens you just bought. This economic incentive reduces the likelihood of an attack but if someone wants to spend hundreds of thousands of dollars on attacking Kleros it is possible.

The Value of the PNK Token

We have already discussed how the ability to become a jury member creates value for the PNK token. But that is not the only way the token is valuable.

This creates value for the PNK token as in order to get a say in the network you must hold PNK.

The Use Case for Kleros

As you can imagine if Kleros is to succeed the use case could be quite large. Kleros themselves cite use cases in areas such as small claims, e-commerce, DeFi, intellectual property, and insurance. But the potential is there for use in any scenario where disagreements between two parties need to be resolved quickly and effectively.

Kleros is currently being traded on a variety of platforms. Both centralized and decentralized. Some of these lack liquidity and reputation so we currently recommend OKex. If you buy 100$ of PNK on your first purchase you will earn 10$ of Bitcoin for free.