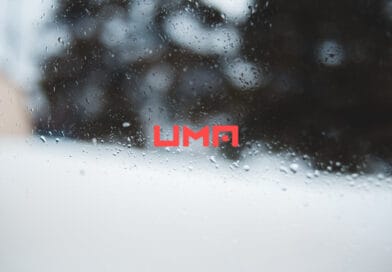 UMA describes itself as a protocol for building synthetic assets. In a trustless, permissionless, and decentralized manner.

The best example we have of this in the cryptocurrency space is with Tether or USDT. When you buy USDT you are buying a synthetic version of the US Dollar. USDT matches the value of the US Dollar because you can exchange your USDT for real US Dollars at a number of exchanges at a price that is almost exactly 1:1.

UMA Protocol aims to allow users of the platform to create synthetic assets for almost anything storing them immutably on the Ethereum blockchain. From bringing equity trading to crypto to allowing users to advanced cryptocurrency derivatives UMA wants to do it. But can it?

The UMA Protocol Team and Backers

UMA Protocol was founded by Hart Lambur and Allison Lu.

Hart Lamu formerly was CEO and founder of Openfolio. He also worked as a trader at Goldman Sachs

Allison Lu was formerly founder and VP of Credit and Risk at Tala a consumer credit company. Similarly Lu also worked as a trader at Goldman Sachs.

UMA is backed by some of the biggest cryptocurrency investors and venture capital groups. Perhaps the one that draws the eye the most is Coinbase ventures who are obviously a giant in the crypto space.

But there is also BainCapital and Two Sigma ventures who are also 2 major venture groups both in and outside of the crypto industry.

UMA can currently be traded on a variety of exchanges both centralized and decentralized. The one we currently recommend is OKex. If you sign up for OKex and choose to purchase more than 100$ in UMA you will get 10$ in free Bitcoin.

How the protocol works is explained simply on the UMA project homepage.

UMA uses concepts taken from traditional financial markets and derivatives and brings them to the realm of blockchain. In the ‘real world’ derivatives between two parties are often secured by legal contract. However with UMA they are secured purely by economic incentive

Step 1 – Lets imagine a scenario with Alice and Bob. Alice thinks the price of apples will go down over the next 6 months, Bob thinks they will go up. Alice and Bob create a trade using UMA. Both sides deposit a margin requirment of 10% that is lost if they misbehave.

Step 2 – Over the next few months the value of apples goes down. As the price shifts down Bob automatically contributes more money to cover his 10% margin. The more the price falls the more he has to contribute to not lose his 10%

Step 3 – After the 6 months the price of apples has fallen by 30%. Here Alice was right. As Bob was consistently adding funds to ensure he kept his 10% the contract is settled and the profit is transferred to Alice.

One of the main questions that may strike you is how do you get the data for the price of an apple into the smart contract. Its not like there is a command you can call on Ethereum that can find this data. Its also very risky to use API’s and data providers as these can create centralized points of failure within our contract.

The solution to this is through what is called an Oracle. An Oracle simply put allows us to access off-chain data and information in a trustless and decentralized manner.

An Oracle simply put allows us to access off-chain data and information in a trustless and decentralized manner. We have previously reviewed Oracle projects such as DIAdata and Tellor before. However UMA has built their own built especially for the UMA Protocol.

This Oracle focuses especially on creating economic incentives that eliminate any chance of corruption. Founder Hart Lambur explains this well in his Medium Blogpost

The Value of the UMA Token

But how are valued derived from these well again incentives are at play. By voting correctly on price requests you earn network rewards based on how much UMA they hold.

Value is also derived from governance as it gives equity to holders in the protocol allowing them to get a say in the network.

The Use Case for UMA Protocol

The DeFi space has grown exponentially in the past few months and it is in this market that UMA is targeting, The potential is there to create a variety of cryptocurrency products and derivatives.

UMA also has potential in bringing real world assets to the blockchain. You can create a synthetic asset for almost anything these don’t just include things like dollars or euros but potentially equities and derivatives from traditional financial markets. All on Ethereum and freely transferable.