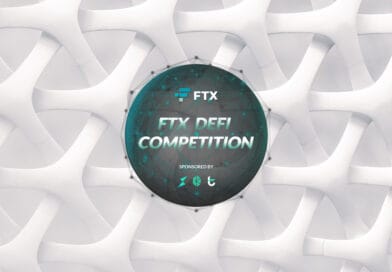 Launching in 2019 FTX has become a popular avenue for cryptocurrency derivatives trading. Currently ranked 8 on CoinMarketCap by volume doing over $280 million in 24 hour volume.

Today FTX in a partnership with 3 DeFi adjacent projects RUNE, KNC, and TOMO they announced a 15000$ trading competition. The competition will last for 7 days from the 22nd of July through to the 29th. Traders can enter the competition any time between the 22nd and the 29th.

It being a DeFi competition means traders are required to trade on DeFi markets. Currently the DeFi products listed on FTX are as follows: BAL, COMP, CUSDT, DEFI (Index), DMG, KNC, MKR, RUNE, and TOMO. All of these coins have spot markets, perpetuals, futures, and leveraged tokens which can be traded. The full list can be found here on the competition page.

To enter the competition users simply have to go to the subaccount tab on their FTX profile and select ‘DeFi’. From there they can transfer funds from their main account and begin competing.

Its been an exciting week in the crypto world. TikTok Zoomers grabbed the Doge market by the leash driving price up well over 100%. The DeFI craze also continued. DeFi coin LEND on an almost year long run bull run is up over 50% in the past week. Another DeFi coin Ampleforth also rose up to 300%.

In this weekly spot we focus on the metrics that caught our eye. This data based approach helps provide solid grounding to the events of the previous week. Using the data can also help forecast future events and evaluate the fundamentals to certain cryptocurrencies and the crypto market as a whole.

In terms of price it was another stagnant week for Bitcoin. Price continuing to hover steadily around the 9000$ mark. This is highlighted perfectly by the continued decline towards all time lows in FTX’s Bitcoin Volatility Token.

In some other Bitcoin based metrics it was not as stagnant. Using data provided by Glassnode we can see that Bitcoins mining difficulty after slowing down over the past few weeks has once again propelled itself to new all time highs.

Like Bitcoin, Ethereum has remained steady with traders waiting to see which way the chips will fall. Continuing to orbit to 250$ level.

The larger altcoin that stood out this week was LINK with its continued growth in both price and user growth. Its price continued to climb making all time highs as LINK Marines rejoiced.

LINK Exchange inflows also rocketed. Presumingly to do with holders taking some profits on its price increase.

USDT as ever remains a vital tool for the cryptocurrency industry. This week the amount of USDT being held on exchanges reached a new 4 month low. This may be symptomatic of the lack of volatility in the major crypto markets or holders putting their Tether to use in other ways for example through DeFi.